Sorting
Most popular
For
Size
Brand
We haven't got any brands on offer matching your search "%". Please enter a different search term.
Recommended use
Properties
Sustainability
Colour
Price
Rating 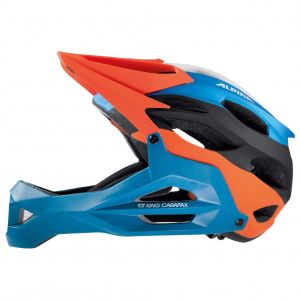 Downhill has become a discipline in its own right amongst mountain biking sports. The aim of the game is to complete a downhill descent as quickly as possible. A descent on difficult terrain: Full of stones, roots, rocks and jumps. There is really only one answer to the question "what is Downhill MTB?": Racing across terrain at full speed and arriving in one piece down at the bottom full of adrenaline.

Original mountain bikes were not very well suited for the high speeds and the maximal amount of strain put on them. Only fitted with rim brakes, without any suspension forks and with a fragile frame, the first downhill runs often ended with broken rims, forks or frames.

The bike industry tackled these issues head on and incorporated as well as further developed many of their future creations from the motocross sport. Bikes were fitted with suspension forks that became more and more sturdy and torsion-resistant. This allowed for greater speeds to be reached in the DH sport. It was only a matter of time until traditional rim brakes were no longer enough as well. The braking power was just too low, the system was too vulnerable to rocks and twigs and the rims were getting too hot. 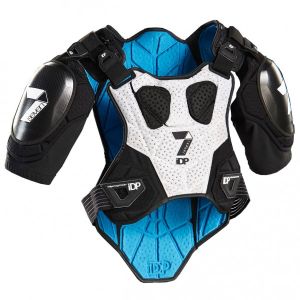 A further milestone in downhill sports was set with the introduction of disc brakes. Modern braking systems have disc brakes that can achieve unbelievable brake forces. The rider can also operate these brakes with just one finger. It is all to do with feeling and barely requires any effort. This makes the handlebars very easy to manoeuvre, even at higher speeds.

Special downhill handlebars generally have a very wide and sturdy finish. The innovation with full suspension perfected the downhill MTB as we know them today. There are different designs for the sprung rear triangles, but they all have the same function: More comfort and more safety on rough terrain.

No Downhill without Protective Gear

Mountain bikers achieve very high speeds in the downhill sport. That is why extensive protective gear is essential. This is already a given in any bike park.

A downhill helmet is an absolute must for any ride. These should also always come with a chin guard. High quality eyewear is also recommended. Special bike goggles for downhill use protect the eyes against drafts, mud and rocks. In addition to that, body armour like POC or Evoc should also be used. Knee pads and downhill gloves from renowned companies like IXS or O'Neal are also a big part of the basic equipment required for downhill runs. Elbow protectors and shin guards are also recommended to round off the protective clothing.