Bergfreunde expert Max
"Welcome to Bergfreunde!"
A customer account offers many benefits:
View your order status and history
Delivery tracking
Personal shortlist
5 € voucher for signing up to our newsletter
Haven't got an account yet?

Since 1926, 66°NORTH has been manufacturing apparel for outdoor sports enthusiasts. Their clothing are made to accompany them on all kinds of outdoor adventures. Both environmental awareness and the clothing’s protective function play an important role in their development and production. » Read more 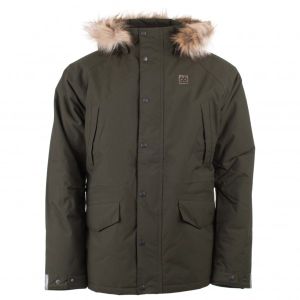 Fishermen in the North Atlantic have been struggling for years with unbelievably harsh working conditions. High waves, violent rain, icy cold and piercing winds are all part of their daily routine. As a result of their unique demands for weatherproof clothing, the company 66°NORTH was born. Their goal: to design high-quality workwear to defy the elements of the 66° parallel north.

The success of 66°NORTH among the Icelandic fishermen and workers quickly resulted in the expansion of their products. Interestingly enough, the Icelandic brand has only been exporting to the European mainland since 2001, with North America coming shortly thereafter. Today, the Icelandic clothing manufacturer not only specializes in technical outdoor clothing and sportswear, but they also produce trendy, fashionable and functional casual clothes.

To all non-Icelandic speaking persons, the names of their jackets, trousers and jumpers may sound unfamiliar, exotic and even unpronounceable. Nevertheless, they do have a meaning: 66°NORTH's clothing lines all bear the Icelandic names of certain places, glaciers or waterfalls. The "Vik Jacket", for example, is derived from the Icelandic word for wick or bay, and the largest glacier in Iceland, the "Vatnajökull", was the inspiration for clothing made to withstand the most extreme weather conditions.

Another interesting fact is that 66°NORTH’s kids clothes bear the names of Icelandic gods. In Iceland, Norse gods, elves and trolls are just as ubiquitous as 66°NORTH’s clothing. It's highly likely that even the elves themselves wear clothes from this brand!

Keeping Iceland warm since 1926 - and now almost half the world

What had originally been for fisherman, workers and rescue teams has now become popular amongst outdoor athletes and trendy big-city individuals. Not only do a number of mountaineers wear 66°NORTH, but some celebrities have also been caught sporting the hip Nordic look with 66°NORTH’s unique style. Be it producer and director Quentin Tarantino or actor Mel Gibson, everybody is fascinated by the Icelandic outdoor manufacturer. 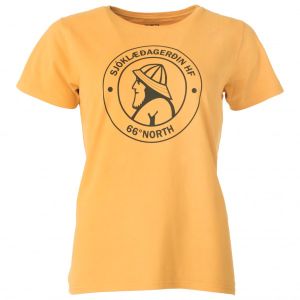 Despite their increasing popularity and their development of weatherproof and casual clothes, 66°NORTH is and will remain a true outdoor brand. Still today, just about every Icelander wears 66°NORTH. This doesn’t just apply to fishermenwear and workwear, but also to sportswear, outdoor and casual wear. Plus, several expeditions around the world were carried out with the high-quality Icelandic apparel. Regardless of whether it's for the North Pole, South Pole or Greenland, 66°NORTH provides optimal insulation and performance in the coldest places on Earth.

66°NORTH uses modern materials to produce their functional clothes. The fleece specialist Polartec supplies high-quality base materials, such as Polartec Power Stretch or Polartec Thermal Pro, which are used in 66°NORTH’s production facilities to create fleece and softshell jackets. For optimal insulation, the Icelanders prefer to use the insulating synthetic material called PrimaLoft. Of course, a wide range of natural materials, such as wool or down, are also used. Their various materials are combined for a particular use, which allows for maximum performance.

The majority of raw materials used by 66°NORTH are recycled. Polartec, one of 66°NORTH's main suppliers, manufactures its fleece from recycled materials and uses renewable energy from its hydro station.

66°NORTH has successfully transformed the simple and efficient fisherman clothing and work wear style into clothing for everyday life. Still, the Icelanders have always stayed true to their line, so you won't find cycling clothing, tents or outdoor gear here. 66°NORTH’s clothes are perfect for all kinds of activties.

In Iceland, the weather changes quite frequently and severely, so their functional textiles need to be weatherproof, breathable, warm and comfortable. 66°NORTH became popular around the globe since it embodies the Nordic way of life; their clothes don't just look good, they guarantee great performance, especially in cold, rainy and windy conditions. During winter in London, a storm in Reykjavik or a snowfall atop Germany's highest peak, the Zugspitze, 66°NORTH’s weatherproof clothes are a must.