back to previous page

Bergfreunde expert Hannah
"This product is no longer available."

This is either an older model or we can or will no longer reorder this product from the manufacturer.

Don't give up – we have some other alternatives for you to choose from: 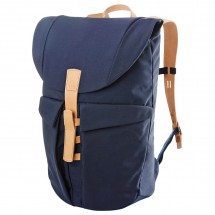 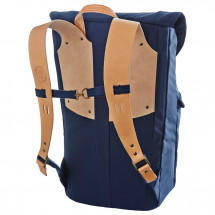 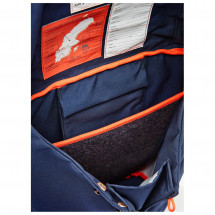 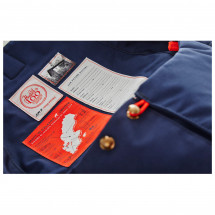 When the hardware team started to discuss how they would move forward, they quickly agreed on one thing: the backpack must be 100% made in Sweden, which meant that all of the material, suppliers and production must come from and be carried out in Sweden. In the globalised world in which Haglöfs exists today, this proved to be a major challenge, and a number of issues arose along the way that needed to be solved.The inspiration for RYGGSÄCK N:o 1 was one of the first backpacks that Wiktor Haglöf introduced in 1916, which was at that time called Ryggsäck N:o 6. It was a simple, stylish backpack with a large main compartment and two smaller pockets on the front of the pack. Using this design as a starting point, Haglöfs? designers and product developers began to work with the new backpack, giving it a modern silhouette and lines that are more in agreement with contemporary aesthetics. Some of the fundamental features of the product that emerged during the design process were that it should be timeless and more or less indestructible, that it should last for at least 100 years and that it should age with dignity.Producing a backpack in 2014 that is 100% made in Sweden proved to be both easy and difficult - for the same reason: there are not very many suppliers to choose from. For example, there are no manufacturers of zippers, plastic buckles or hook and loop in Sweden, and several product details that normally do not require a second thought forced the task group to think outside the box. Many of the solutions that were developed were the result of going back in time giving Haglöfs the privilege of working closely with many talented Swedish craftsmen and craftswomen.'We are proud to present RYGGSÄCK N:o 1 - a product that is undeniably worthy of representing our first 100 years. Achieving our lofty goals has been a true challenge, but it is with no doubt in my mind that I can say we have achieved nothing less than a masterpiece,? says Håkan Nyström, head of the Hardware business area.RYGGSÄCK N:o 1 is advanced in its simplicity and packed with technical finesses - but mainly it is made to go the distance, and the intention is for it to be passed on to future generations. There is a label on the inside of the lid and the idea is that each owner will write his/her name and the years he/she used the pack. This will make it possible to follow the backpack's journey across the generations - maybe even for 100 years.RYGGSÄCK N:o 1 is produced by SACCI in Dalarna - the company that Wiktor Haglöfs? sons, Rolf and Hans Haglöf, started in the mid-1970s after they sold Haglöfs Ryggsäcksfabrik AB. They continued to work with the production of backpacks and support systems for the military, health care and forestry industry, and they were even at one time a temporary manufacturer of backpacks for Haglöfs. By collaborating with the Haglöf family, the company has not only come full circle but it has also had the opportunity to produce RYGGGSÄCK N:o 1 not far from the place in Dalarna where everything started all those years ago.'Working solely with Swedish suppliers and materials produced in Sweden is a big deal. And to draw the backpack to a close in the way that we did by having the possibility of working with the Haglöf family - and knowing that Wiktor Haglöfs? son, Hans Haglöf, at the age of 84 has been involved in the production of every backpack, is nothing more than unique,? concludes Håkan Nyström.

80% have found the reviews
by Reto helpful